I feel privileged to be part of a very exciting movement. To be a woman in tech in London in 2017 feels like I’m part of the 70s women’s movement or the 80s punk era all over again! I’m sure every epoch has its female trailblazers – recently reading my Mother’s Day gift “Women in Science” by Rachel Ignotofsky – I’ve wanted to cry at the rewriting of history, it seems, amidst talks of the BBC gender gap, that we’re still hiding in the shadows. I was astonished to hear the phrase, “I came up with the term software engineering” – from the mouth of Margaret Hamilton, the American Scientist who created the software that launched the Apollo 11 mission to the moon…owning the realm that’s now such a male domain…why is that?

The sad fact is that I had never heard of her, nor any of the three protagonists of the fantastic film, Hidden Figures until I googled them… or of Maryam Mirzakhani, the first woman to receive the Fields Medal for maths until her recent, untimely death. But why hadn’t I known the names of women who have shaped our world?

Blimey, I remember visiting the Crass commune out in Epping Forest way back when and envisioning that we were all working toward a very different future. Naive, yes, but I’m still here, fighting for the same goals and finding there’s a HUGE crowd of intelligent, feisty women here alongside me – how exciting! It reminds me of the likes of Viv Albertine (who, incidentally, said that if she were young now, she wouldn’t choose music to express herself, she’d probably do a science degree!) in an era that gave girls a chance to find their voice, and grab the stage for a while, to shake off conventional expectations. For a brief period, girls could tell men to fuck off and they would. For a short time in the music industry they were given credence and taken seriously, on their own distinctive merit, originality and talent.

The internet and the web have provided us with a vast and constant stage which certainly harbours evils, but…it can make people look at us anew, as one male Facebook user said… “more the shame is that despite how brilliant and inspirational this woman was – that few of us had heard of her before we heard the news of her death, this is the woman our sisters and daughters should be looking up to – not the bloody Kardashians” on the death of Maryam Mirzakhani. Ah yes, the pervasive power of Facebook…but, it does provide a chance for a chink of limelight for the right message.

So, Women In Kaggle – here we are again – the punks of science! Another sliver of opportunity ladies – lets grab it by the balls while we can! We are doing what we can, and pretty remarkably too! We’re into our 5th meetup and what a jam packed, hotbed of cerebral connectivity that was! Three (four with Kim’s code!) spectacular speakers shared their insights and motivations around our two Kaggle competition threads.

Suzanne had casually remarked: “I’ve written an R package which gathers some basic info about a structured dataset, so you don’t have to type the same old commands time after time.” – wow! 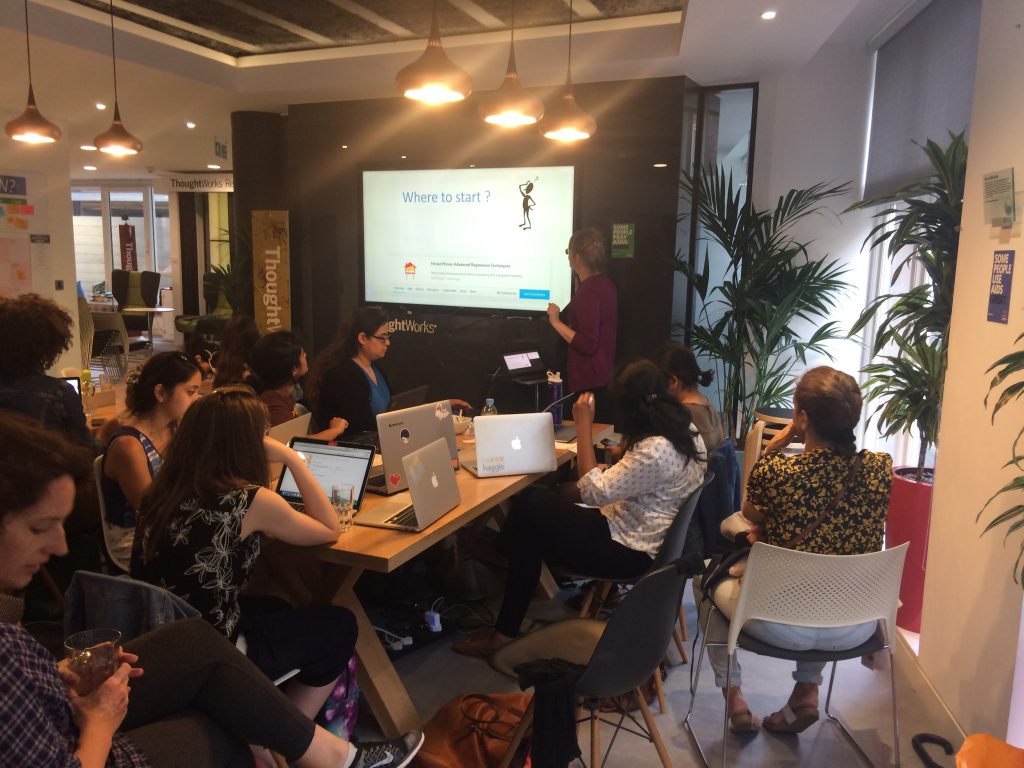 She was first to present for us last Wednesday, deftly relating her approach to the House Prices competition: 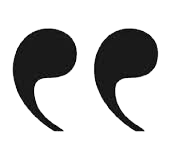 I have used a function from the caret package which indicates nearzerovariance for a variable, so you can investigate further or ignore depending on the data.” She recommends an “interesting article here about zero variance” and she makes an offer that’s hard to ignore…… “I’m expanding what the package reports, so let me know if there’s anything you think would be useful. 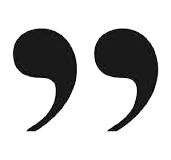 Next up was the fearless Georgie, regaling her heroic adventures in the land of Git. 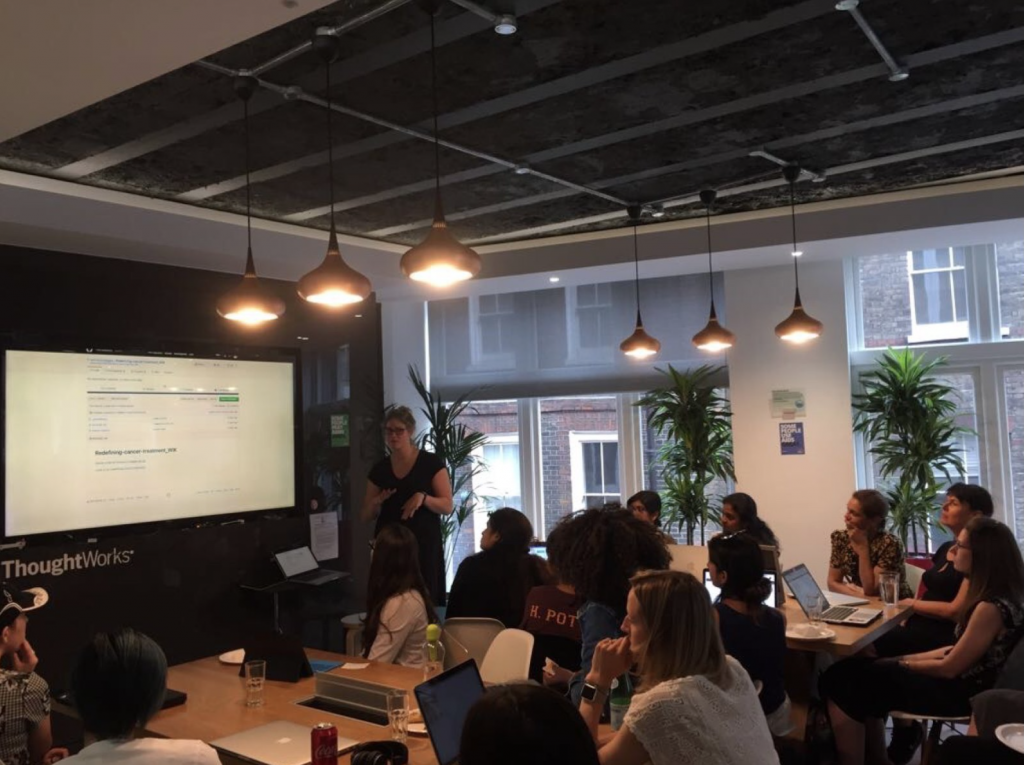 She fought back the brambles that blocked our path to knowledge, to reveal a shining truth beyond, and gave us a pile of wonderful links to help us on our quest:

so thanks to Georgie, Suzanne’s treasured code now resides in a hallowed repository in the cloud…

And lastly, moving on to personalized medicine, an area so ripe for the picking right now, promising tools and techniques that will transform the industry. Here, the valiant Vicky stepped into the shoes of Kim, who, after sacrificing some starter code, was summoned at the final hour on an international mission and couldn’t be with us, but was sorely missed…. 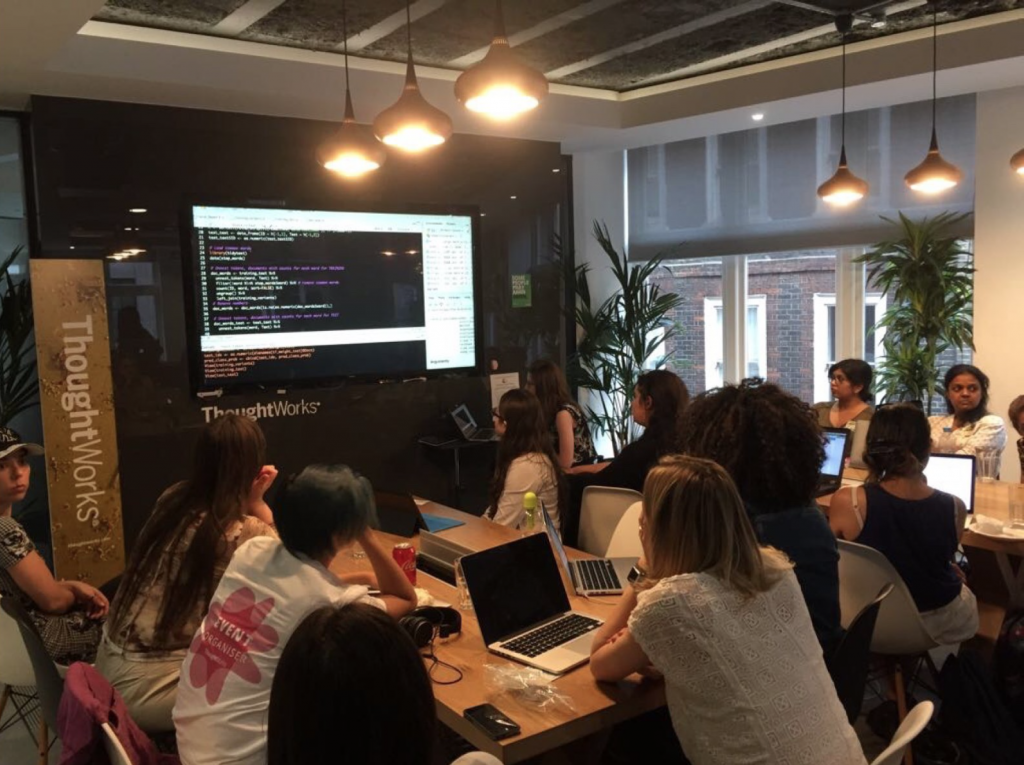 Vicky seemed to have entered some kind of time tardis and managed to produce intriguing insights and analysis within 24 hours, and all as a newbie to the NLP game! Her starting point for text analysis and creating a predictive model using naive Bayes is to be found on our shiny new github account – keep tuned for further details…

So hopefully that has ignited some sparks…go fuel the flames of discussion on slack! If you need access, please email me on julia@womeninkaggle.co.uk.

Women in Kaggle have been allocated some tickets for GOOGLE DEVELOPER DAYS EUROPE – Krakow – September 5-6. It will be an exciting 2 days of learning! And take time to enjoy Krakow if you have not been – we heard it’s beautiful! 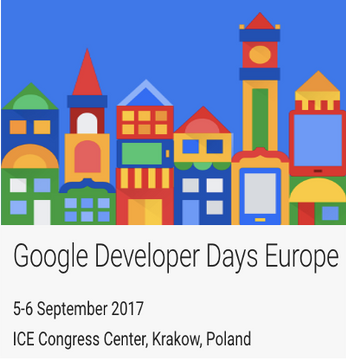 Email me if you’re interested in one of a few discounted tickets that have been set aside especially for Women in Kaggle members!

The next meetup is 16th August and will once again be hosted by the fantabulous Thoughtworks! Details to follow nearer the time, but so far it boasts a guest speaker (TBC) and a grand(ish) award presentation by way of thanks to all our speakers to date…

Keep Kaggling till the next time, 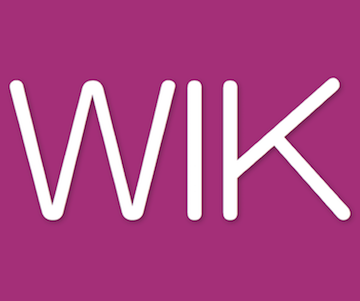 Check out this Meetup Group →

Women/Ladies/Girls interested in exploring Kaggle competitions in an inclusive environment, at a comfortable pace...

Who's getting excited for #KaggleDaysParis?! RT if we'll see you there!